While wearing my reviewing hat I seem to have found myself to be the recipient of a wide variety of Advanced Reader Copies of books that touch upon disability. It’s not a mystery why these are sent to me: as the mom of two lovely boys who battle a variety of mental health issues, it’s a topic I know all too well. I’m glad to be a sounding board for these crucial titles and proud that I have some part of getting books on mental health into readers’ hands. It’s the best way I know of not to just get mental health where it should be– out in the open– but also for those who struggle to know they are not alone.

Little is more powerful than seeing yourself in a book.

Lately I’ve been getting requests lately to compile these books into a comprehensive list that the various therapists, teachers, and counselors I know can recommend to their clients, students, and friends. This could be a very long list, so I’m going to post individually about different mental health issues in different posts.

OCD is pretty much ruling my life right now. It’s definitely ruling my oldest son’s life (he’s 13) and by extension, the rest of my family. In fact, I write this from a rented apartment in Philadelphia where he is attending a partial hospitalization program for OCD and anxiety in kids on the autism spectrum. My son is truly a triple threat, no?

So I’m learning a lot about OCD. Thinking about it constantly, trying not to accommodate it, and forcing my son to learn to face often nameless but nonetheless debilitating fears on his own. It’s hard. It’s painful. It’s heartbreaking. I watch him writhe into various contortions while his entire body is convulsing with various tics, one right after the other. I can’t say “you can do it” or “you’ve got this,” second nature for a mom, because that’s reassuring him and it’s a no-no in the OCD world. I’m learning so much. 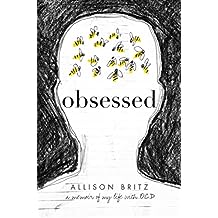 One of the books I reviewed recently was this young adult memoir, Obsessed: A Memoir of My Life with OCD by Allison Britz. Wow.

Holy crap. What a powerful memoir into the depths of OCD and then the first few terrifying steps back out. Here’s a snippet from my official review:

“[Britz’s] dark journey into sudden onset OCD is terrifying as each page of this raw memoir chronicles a more and more regimented world. When she finally asks for help, over two-thirds of the way into the book, readers will let out breath they didn’t know they were holding. Deeply affecting, this is a must-read addition to books featuring mental illness.”

I read Obsessed before my son began exhibiting OCD symptoms, but it came crashing back to me in full force once he did. Thanks to this memoir, I was able to understand (well, sort of) him– at least I was able to empathize. I got that he had absolutely no control over things that seemed so easy to control. OCD doesn’t look the same for everyone. Allison’s OCD symptoms look nothing, I repeat NOTHING, like my son’s. The teenager, as I will call him here, doesn’t drink Purell because he’s worried about contamination (Allison does). He doesn’t curl on the floor in the dark, completely unable to face the world (Allison does this, too). Like Allison, he does shut people out and isolate himself from friends and family. He does retreat into “safe” behaviors that are further isolating, which for him means Minecraft, Zelda, or Fortnite with “friends” he has never met who can’t see him ticking or hear him grinding his teeth or obsessively clearing his throat. This online world is a place of certainty, and OCD is essentially the inability to tolerate uncertainty. I got that definition from hearing, quite randomly and at just the right time (isn’t it freaky and weird when things like that happen?!?) from an NPR replay of an author interview with another (adult) memoir called Triggered by Fletcher Wortmann. 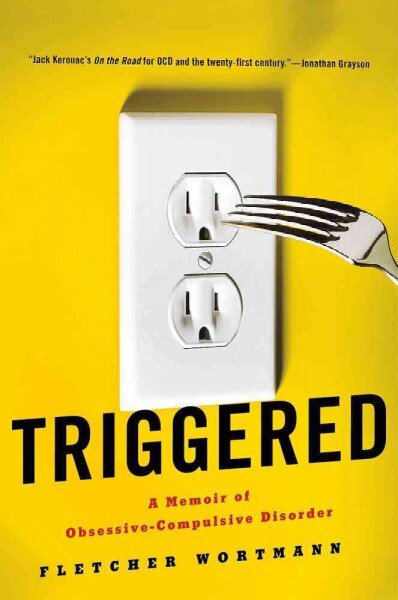 Wortmann’s explanation of OCD as the inability to tolerate uncertainty has been incredibly helpful in understanding Teenager’s insistent need to ask the same questions again and again even though I’VE ALREADY ANSWERED THIS QUESTION, GODDAMMIT AND YOU WILL BE FINE!!! Turns out that’s exactly how NOT to answer the repeated questions, by the way. In fact, you aren’t supposed to answer them at all, because seeking reassurance is a bottomless pit and the asking will never stop… he just needs to learn to sit with the uncertainty until he becomes habituated to it and it’s not so damn scary. How long will that take, you ask? I’ll let you know when I find out.

Excuse me a moment while I pour myself a cocktail while I wait.

See all the cool things we learn at Parent University? The main thing (ha, I accidentally typed “pain” there – Freudian slip much?) we learn, on Day 1 of what is supposed to be a 6-8 week partial hospitalization program, is that we are terrible parents. Oh sure, they don’t say it like that. They say “95% of parents do the same things” and “it’s natural, of course, to comfort your child” but we all look at one another knowingly and shamefully because WE KNOW what they mean: we suck, and it’s our sucking at parenting that has caused this whole big mess in the first place.

No, not really, of course. This is an excellent mental health facility and the staff are caring and kind and know we love our kids so much it hurts, but that is what it feels like.  Because turns out that if you have an anxious child, a depressed child, or a child with OCD, all the things you do to accommodate them and just get through the day help in the short term– and feel supportive– but really you are just making it worse, because your child never learns to rely upon himself. Helping him through it sends the inadvertent message that he can’t manage his anxiety himself. Picking him up early from school, or having his well-meaning teachers give him less homework, or excusing him from group projects, or tolerating chronic lateness and more things than I can list here…. all those things run counter to the goal, which by the way, is freaking BRUTAL. The goal of the treatment, which is exposure and prevention response therapy and cognitive behavior therapy) is to face all that anxiety, interrogate the many motivations behind it, and then challenge it. Kids in this program who are afraid of contaminants, like Allison Britz is in her form of OCD, might have to do things that horrify them: shake hands with a guy right after he sneezes and wipes his nose, for example, or eat food that has been touched by many, potentially unwashed hands. And just learn, slowly, painfully, to DEAL with how that feels and and realize that just maybe it won’t kill you after all until it eventually loses its power over you and you can go about your life shaking people’s grimy hands and not rushing immediately to bathe your arm in sanitizer.

Middle Grade. The death of Cooper’s beloved grandfather leaves him so unmoored that Cooper finds himself trapped: he must complete every task three times, chew every piece three times, and have everything just so, or tragedy will befall. Sensitively depicting the onset of OCD, the story chronicles the family’s myriad reactions to Cooper’s struggles and follows them on their journey toward support. I can see this one acting like a life preserver to a kid who, suddenly changing, fears that that perhaps he is losing his mind. It also had the bonus effect of being a balm to my guilt ridden mom-soul: well, at least I wasn’t acting the way some of the adults in Cooper’s life were! No, seriously. The family’s responses, which range from scolding him to ignoring him to buying him more rubber gloves, are as normal as they are different. It’s not just kids who need to see themselves in the pages of books.

I do have more books about OCD, but lets save some obsessions and compulsions for later. Plus, we wouldn’t want all the other mental illnesses not to get their due. I do not intend to make light of any of these, mind you. But humor, too, is a coping mechanism, and I’m told it’s better than another cocktail.

Schizophrenia: I’m coming for you next.

A House With 2 Stories

a diary of a mom
Disability in Kidlit

Reviews, articles, and more about the portrayal of disabilities in children's fiction

the distractions of Madeline Claire Franklin

Through the Tollbooth
The Horn Book